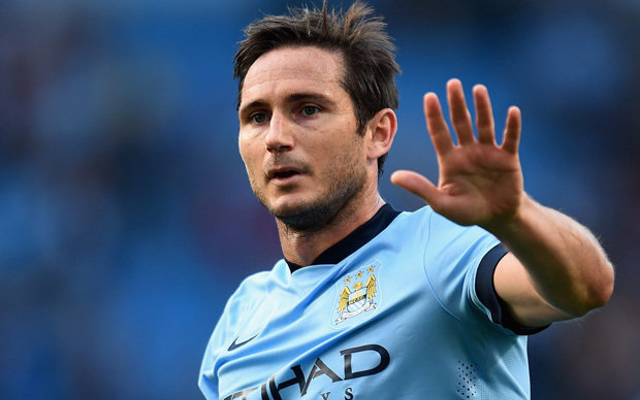 Claudio Ranieri has urged Chelsea supporters not to abuse Frank Lampard on his return to Stamford Bridge on Saturday. Lampard, now with Manchester City, scored against the Blues earlier this season.

However, former Stamford Bridge boss Ranieri, 63, told the Daily Express that Lampard deserves a warm welcome in West London: “I hope the Chelsea fans welcome Frank well back to Stamford Bridge. He did great things for Chelsea.

“He deserves a good welcome from the fans for all the years he played for them and all the trophies he won, and the goals he scored. That would be good. He is a true professional. He would be trying to score goals for whatever team he plays for. It is in his blood,” he said.

“How long can he go on for as a player? For as long as he has the passion to play because the body will follow the mind. He still has that passion now, so he can continue with City or go to the USA, because he still wants to play, he still loves to play. Why did Chelsea let him go?

“I don’t know. Sometimes a club wants to change things and go in another direction. It was their decision. Frank is an amazing player. I was so happy to sign him for Chelsea, and very proud. I knew he would be a success. He is one of the best signings I ever made as a coach.

“I liked him and wanted to get him from West Ham because he made great runs, and because he scored goals. But in particular because he could create goals. His final pass has always been very good. He sets up chances.

“But when he arrived at Chelsea I told him, ‘You are a fantastic player when you go forward, but I am an Italian coach, so I want to improve you defensively’. I wanted to improve him as a player when the opposition had the ball.

“Frank was fantastic at taking all that in. Everything I told him he took into his brain. He was a very good learner. If you look over his career, his scoring record is fantastic. He is like a striker, he is that good. To me he is one of the best ever English midfielders.”