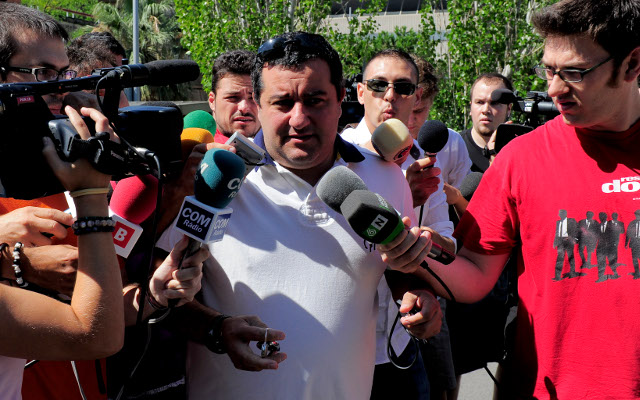 Recent mediocrity of Milanese giants would soon change if they joined forces, apparently…

According to football agent Mino Raiola, cross-city Italian rivals Inter and AC Milan should join forces if they want to become a major footballing force again.

Raiola, known for representing high-profile footballers such as Zlatan Ibrahimovic, Paul Pogba and Mario Balotelli, believes the teams in the Italian capital lack the financial muscle to take European football by storm again and as such will struggle to challenge for top honours.

The media friendly 47-year-old though insisted this would change if they merged into an FC Milan conglomerate.

Reported in the Daily Mail, he said, “They were the richest clubs in the world at some stage, but are now struggling to do anything without their rich owners.”

He continued, “[Milan CEO Adriano] Galliani complains to me about the Arabians, but he forgets they have been acting like the rich Arabians for 20 years with Berlusconi. The arrival of some rich Chinese will not help them forward either.”

Both sides are languishing in equal 10th in Serie A this season with 26 points from 20 games, performing well below expectations.

Raiola has been very active in the media recently, claiming Lionel Messi should have changed clubs four times so far in his career, suggesting Mario Balotelli will die at Liverpool and touting both Paul Pogba and Zlatan Ibrahimovic across Europe for huge amounts of money.