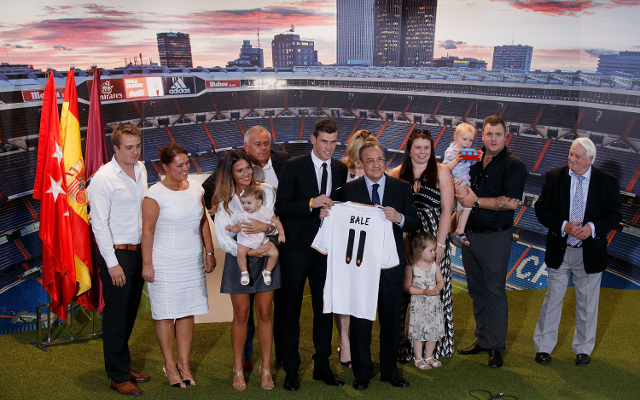 From teen sensation, to the most expensive player in the history of football – here are Gareth Bale’s most defining goals so far…

Gareth Bale joined Real Madrid for a world record fee from Tottenham Hotspur in the summer of 2013, in a move which solidified the Welshman’s rapid progress.

Struggling in the early parts of his career at Spurs, Bale wasn’t able to hold down a regular first team place after his £10 million move from Southampton.

However, Bale found his natural role in a wide left position and hasn’t looked back ever since as his lightning pace and burgeoning power became difficult to contain.

Following an interview with Sport magazine, the publication decided to delve into the archives to collate the Welsh wizards most defining goals in his, short but colourful, career so far.

At the age of 17 and under the watchful eye of the nation having broke into the Southampton first team, Bale produced a wonderful free-kick to justify his inclusion – little did we know that this would later become his trademark.

Spurs’ recent obsession with the Champions League has become evident and this rare Bale striker on his weaker right foot against Chelsea, set the north London club on their way to their first ever campaign in Europe’s premier club competition.

If his free kick against Derby County announced himself to the nation, this goal very much made the world stand-up and take notice. Bale tore Inter to shreds, scoring a hat-trick in a 4-3 defeat at the San Siro. Revenge would be served a fortnight later at White Hart Lane against the then European champions – “taxi for Maicon” was the chant among the Spurs support.

Justifying an £86 million price-tag is very difficult, but Bale took a giant step in doing exactly that when he scored the winning goal in the Copa del Rey final against Barcelona last season. Poor old Marc Bartra.

The pinnacle of any players’ career, scoring the decisive goal in the Champions League Final – a true accomplishment by Bale. In a game where star forward Cristiano Ronaldo was struggling to impose himself, Bale stole in at the back post to head home in extra time and bring the trophy Real Madrid had been longing for since 2002 – priceless!