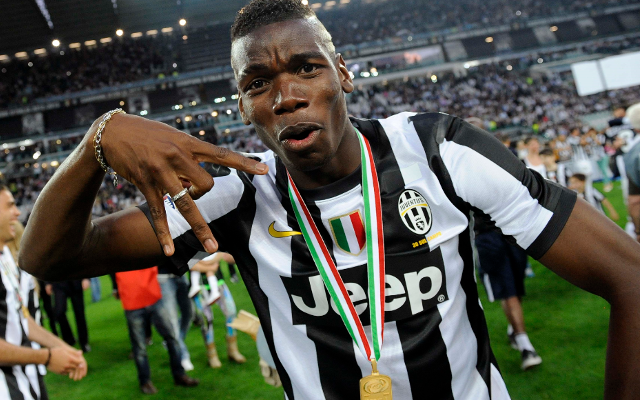 Real Madrid look to be in pole position for the youngster…

Juventus ace Paul Pogba has hinted that he could be moving to La Liga by admitting that he is learning Spanish, reports Goal.com.

Both Chelsea and Manchester United have been linked to the 21-year-old, but this will not be good news for the Premier League sides. Spanish giants Real Madrid are also rumoured to be interested according to the Daily Mail, and this news will be a major boost for them. Barcelona’s transfer ban means that Los Blancos are probably the only La Liga team that could afford the midfielder.

Since arriving at the Old Lady in 2012 the Frenchman has become one of the best talents in Europe. This season he has six goals and one assist in 17 Serie A appearances. Despite the interest in him, Pogba has also said that he is happy in Turin.

“I’m very happy in Turin,” he told ‘Filo Diretto‘ on JTV. “It’s a perfect city.I love to live every day to the fullest. When I’m not busy with the team, I like to watch television or go out with my friends, Juve full-back Patrice Evra and forward Fernando Llorente.”

Then Pogba revealed, “It’s thanks to Llorente that I’m learning Spanish.”