Chelsea and Man City fought out a 1-1 draw at Stamford Bridge.

Chelsea’s exhasuting 120 minutes against Liverpool in midweek looked to have taken their toll as they struggled to a 1-1 draw with Man City.

Mourinho’s side found it hard to get into the game but were put ahead thanks to a Loic Remy goal late in the first half, only for City to almost immediately equalise.

As the second half went on tiredness looked to have set in and the Blues seemed to settle for a point late in the game.

Here are how the players fared during the table topping clash: 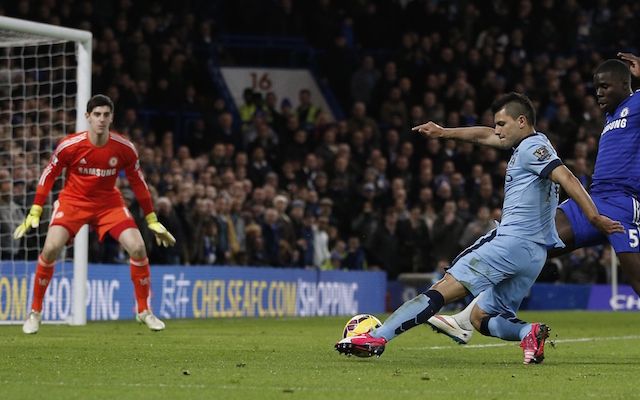 Was at fault for City’s first goal as he flapped at a cross but looked to make amends in the second half with a string of fine saves.

Despite the foot injury suffered against Liverpool in midweek, Ivanovic was typically unforgiving at the back and kept the left side of City’s attack calmly at arms length.