A Chelsea fan has let his feeling be known on Frank Lampard’s return to Stamford Bridge with Manchester City with a hilariously awful sign.

The middle aged Blues fan clearly wanted his feelings an the matter to be known as he displayed a placard that stated: “LAMPARD. You are not a legend anymore. You are a traitor to Chelsea FC and Chelsea fans.”

See the image below: 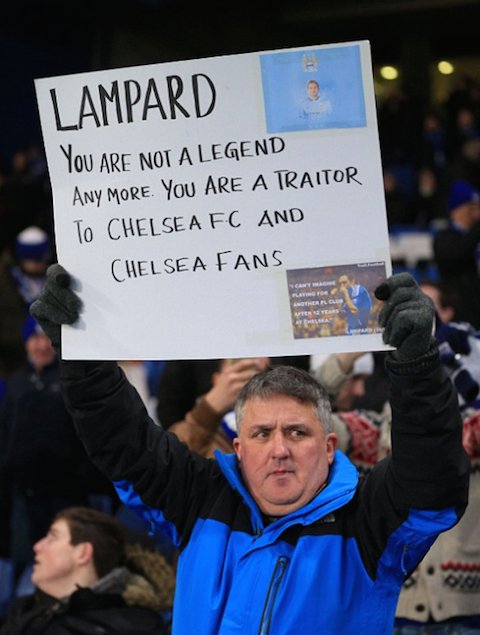