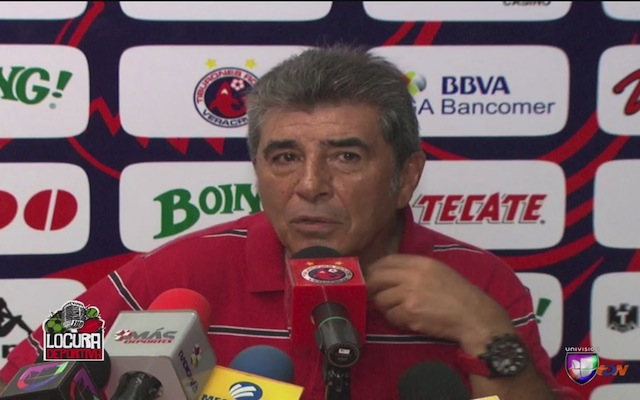 Carlos Reinoso, manager of Veracruz, has spoken out in favour of Mexican footballers…

Carlos Reinoso proposed via twitter that all teams currently playing the Mexican Cup should only play with Mexican talent.

“I propose that all teams that participating in the cup play only with players born in Mexico” said his tweet.

Reinoso, of Chilean origin, was one of the foreigners that contributed the most to Club America. Winning many titles and leaving his legacy in the famous institution, he made a huge impact both as a player and as a coach.

In his current team, Reinoso has 8 players that were not born in Mexico; four of them occupy a ‘foreign’ space and 4 of whom are now considered homegrown.

Veracruz are the current leaders of the league with seven points, while in the cup they are group leaders with five points.