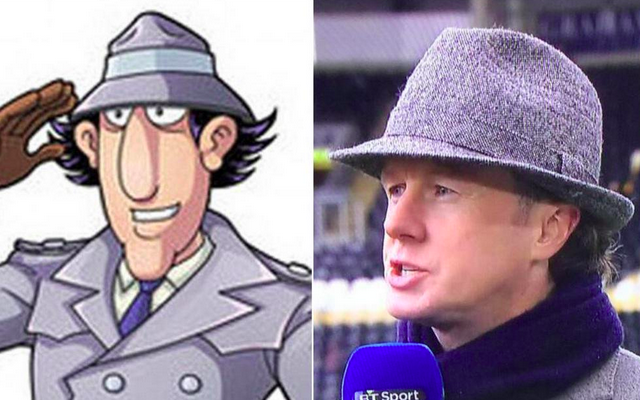 McManaman was part of BT Sport’s punditry team for the Premier League match between Hull City and Newcastle United, which the Magpies won 3-0.

However, nobody was able to take any of his analysis seriously because of the ridiculous clothes he was wearing.

Check out the best of the Twitter reaction below…

Our very own Steve McManaman managing to get 'Inspector Gadget into the Top 5 UK trends on Twitter. pic.twitter.com/F8Aa7ipvu6

What the hell is Steve McManaman wearing!!

I know I'm late to the party here, but Steve McManaman's hat is a thing of beauty.