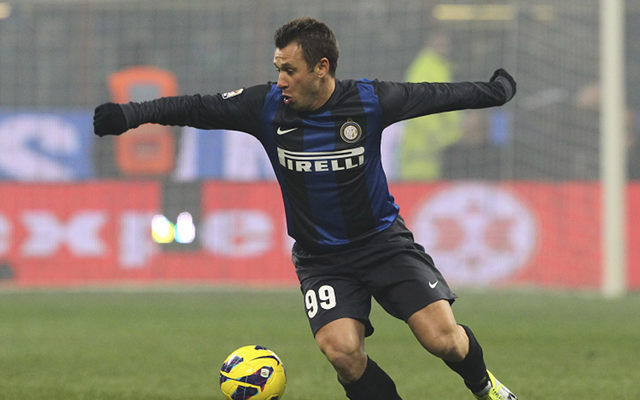 Roma and Juve do battle in the transfer market too…

All the latest headlines from the newspapers in Italy as Antonio Cassano could be set for a return to Inter Milan after his controversial exit from Parma.

– Antonio Cassano-Inter, it can be done. The parties are ever closer: FantAntonio can play in the Europa League and is admired by Roberto Mancini. On Monday decisive meeting.

– Bonazzoli to Samp for €7m, but can be bought back for €12m. In defence Benalouane up the pecking order.

– Milan, Destro pushes in and Antonelli can see Rossonero again.

– Roma, there’s Doumbia, but the season is over for Strootman. Agreement with the Ivorian and CSKA Moscow. Lesion to the cartilage for the Dutchman.

– Genoa-Fiorentina the perfect meeting for a step up.

– Roma and Juve battle on the market too. After Destro there’s Doumbia: yes from CSKA for the Ivorian. Bianconeri want a hitman too: Osvaldo is closest.

– Mancini cold on Cassano. FantAntonio offers himself to the Nerazzurri.

– Today they push for Vida.

– Jose Callejon: ‘Bet on us’. Exclusive interview: ‘Doha changed everything, we can get second place’.

– Goal line technology, Serie B begins in May.

– ‘I will fight to the death for Juve, but then I will leave. The Number 10 will always belong to Del Piero. It’s not the number, but the badge on the front that pushes you on to give everything.

– ‘Enough talking about referees, you are ruining your own football. I never won or lost because of a referee. Osvaldo? I’d be glad if he arrived, he is a friend. He is hot-blooded’.

– Contact with Inter, but no deal yet and Matri is back on the horizon.

– Toro hope for Giampaolo Pazzini until the very end.

– Roma, Doumbia yes. ‘Stronger with him, but we can win now’.