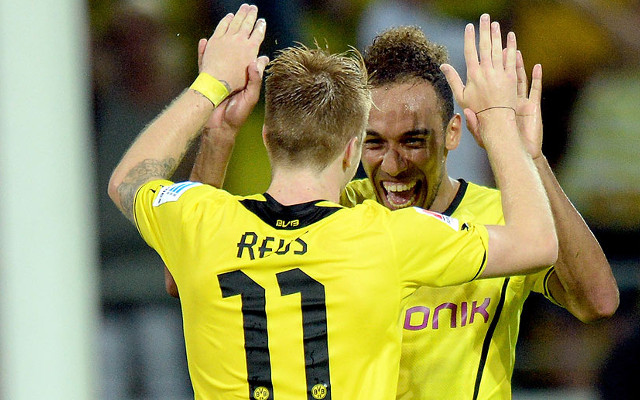 Arsenal also on alert after new twist in transfer saga.

Liverpool, Manchester United and Arsenal are all back in the running to sign Borussia Dortmund forward Marco Reus after Bayern Munich pulled out of the race for his signature, according to German source Bild.

The 25-year-old attacking midfielder has become regarded as one of the finest players in the world in his position and is one of the most in-demand players on the transfer market at the moment.

Reus seems likely to leave Dortmund before long after their recent decline, with a whole host of top clubs linked as contenders to sign him.

Still, Bayern seem unlikely to continue their pursuit of the player, leaving Premier League clubs with new-found hope in their efforts to snap him up.

Liverpool could certainly do with new quality upfront after losing Luis Suarez to Barcelona in the summer, while Reus would also be an improvement on many of the forward players at Arsenal or United as well.