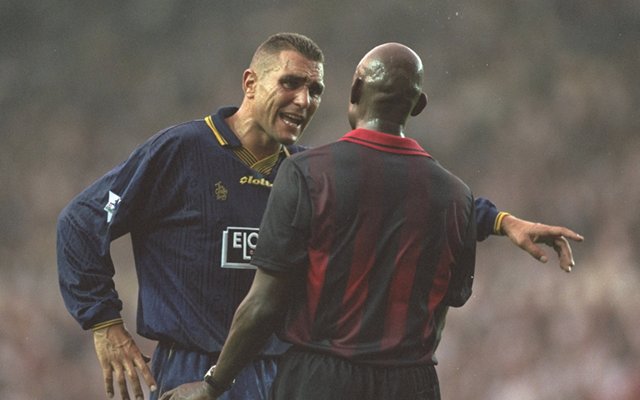 One of football’s most iconic hard men, Jones was sent off a total of 12 times during his career. However, this lengthy ban was dished out for his actions off the pitch. In 1992 he presented a video entitled Soccer’s Hard Men, a video which appeared to encourage behaviour such as his.