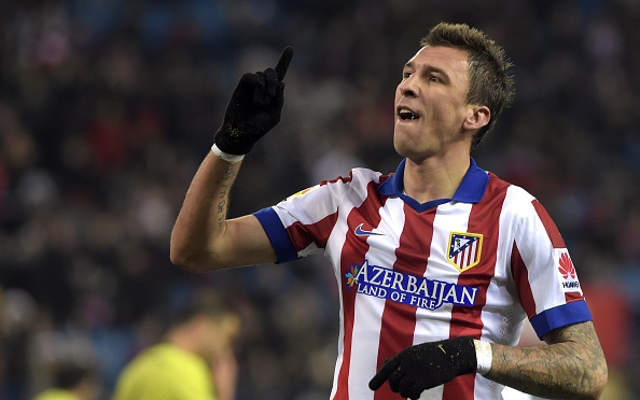 Arsenal are readying a surprise move for Croatian forward Mario Mandzukic according to the Metro.

Arsene Wenger’s side are ready to launch a £26m bid for the 28 year old though one wonders why the north London club would have to make such a big money swoop given how freely goals have come of late.

The former Bayern Munich is apparently set to leave the Vicente Calderon and Man City are also keeping a close eye on the powerful marksman.

Wenger brought in Alexis Sanchez and Danny Welbeck last summer and his side have had no problems finding the back of the net, their total of 44 Premier League goals bettered only by Chelsea and Man City.

With Theo Walcott back firing on all cylinders following his return from a lengthy injury there seems even less of a reason to spend vast sums on new attacking options.

Given Mandzukic has been in pretty solid form since moving to the Spanish capital it is hard to fathom quite where this speculation has originated from.

Manduzkic has scored 18 goals in all competitions this season.