Paris Saint-Germain striker Edinson Cavani had a row with both manager Laurent Blanc and team-mate Zlatan Ibrahimovic this weekend, a French football insider has revealed.

Journalist Matt Spiro tweeted the details of the feud, with Blanc criticising the Uruguayan for his performance and also revealing he had a poor relationship with his strike partner.

Laurent Blanc: “Cavani told me he was surprised I took him off. I told him his performance wasn’t good enough” (BeIN Sports)

Cavani & Ibrahimovic combined TWICE for the entire 70 minutes they were on the pitch together. “Their relationship wasn’t good,” Blanc says 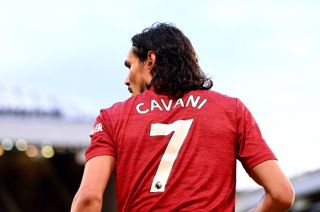