Arsenal’s biggest league win for two and a half years…

Arsenal heaped the misery on Aston Villa this afternoon with a 5-0 thrashing as Villa complete 10 hours without a goal, and Arsene Wenger’s side close in on the top four.

Mesut Ozil put in one of his best performances in an Arsenal shirt, and with five different players getting on the scoresheet, Wenger will be delighted with more than the three points.

Stayed on his toes throughout the game, even with very little to do in front of goal. Made a fine save in the final few seconds.

Kept Benteke quiet all game and barely broke a sweat. 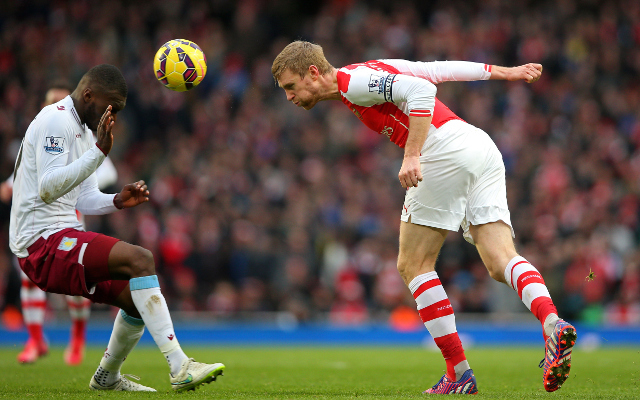 Largely untroubled like Mertesacker and helped the German to sniff out any danger from Benteke.

Scott Sinclair troubled Monreal when he came on for his debut with the club, but remained composed.