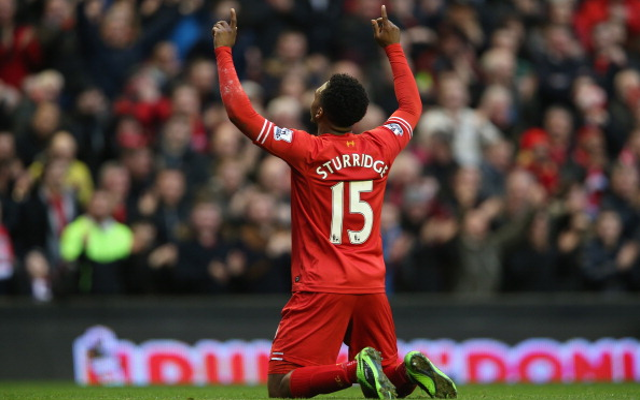 Daniel Sturridge return could inspire Liverpool to success this season…

Daniel Sturridge’s long-awaited Liverpool return meant a lot more to the club than a second goal against West Ham United, in a game where Raheem Sterling’s opening strike already had the Reds well on the way to victory.

For Sturridge’s teammates, management and supporters it was a sign of things to come. A sign that, after five months out, they might have their main man back and firing in a team desperate for additional fire-power.

The consequences of effectively losing both a Barcelona-bound Luis Suarez and an injury-ravaged Sturridge at the start of the season cannot be emphasised highly enough.

Between them, the pair scored 52 out of 101 goals the Reds scored last season on route to a second place finish in the Premier League, while they were both a living embodiment of Brendan Rodgers’ favoured pressing style – defending from the front and pinning teams back in their own half.

Rodgers has, for the most part, made the best of what he’s had this season. The change in formation to 3-4-3 has made his side far more difficult to beat since mid-December, while Raheem Sterling has performed admirably as a make-shift centre forward.

However, that’s what Liverpool’s performances in the first-half of the season were – make-shift. Rodgers sold Suarez on his own terms and got a great price, but he did so under the impression that Sturridge would be there to take his place.

The fact that the 25-year-old was then sidelined for five months with a variety of reoccurring issues – coming close to a return on several occasions before suffering a relapse – was mentally draining for the Reds, whose performances on the pitch also suffered.

Mario Balotelli and Rickie Lambert have both struggled to live up to expectations, but it’s worth remembering that the Italian looked decent on his one appearance alongside Sturridge – which came during the comfortable 3-0 win over Tottenham.

Unsurprisingly Rodgers, who was quoted by ESPN, was delighted to see his star man back, saying after the West Ham win: “It was nice for him. He has been out for a long time and worked very hard.”

“When he is in that area of the pitch he has shown he is lethal and it was a great first touch and then he has great power off both sides and it was a wonderful finish. I am delighted for him.

“He has come back into the fold but it is just managing that integration into the team but I know he is excited about coming back. But it was better him scoring than not scoring because if he doesn’t everyone is looking at him wondering when he will get his first goal.”

Sturridge was also relieved to be back, adding: “It was a great feeling to help my teammates get three points,” in quotes reported by Liverpool’s official website.

“That’s the most important thing – to just be out there and helping the team win games. It was great play by Coutinho. We have a great relationship – he knows my runs and I know the types of passes he likes to play as well.

“He makes my job easier. Once I saw him cut inside, I knew the ball would come and it was just a case of getting it under control and hitting the target.”

Liverpool’s win over the Hammers moves them above their visitors into seventh place in the Premier League. With a top four place still not beyond the realms of possibility, and with FA Cup and Europa League success still to play for, Liverpool will be hoping that they can keep Sturridge fit and that he, in turn, can fire them to glory.