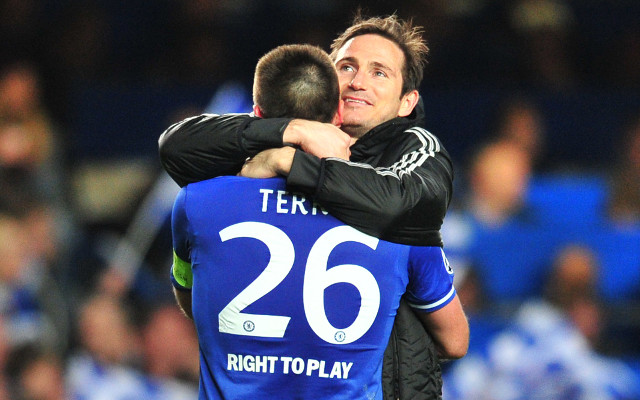 Blues captain sends the love to the Chelsea legend…

Chelsea legend Frank Lampard made his first return, since leaving the club last summer, to Stamford Bridge and received a great reception from the Blues faithful in the 1-1 draw.

(Image) Juan Cuadrado Seen In The Stands For Chelsea v Man City Ahead Of Transfer
Arsenal Legend On Why Chelsea Will Win The Premier League Title
Liverpool, Chelsea & Man United Rocked As Marco Reus Wants To Sign For Arsenal

John Terry expressed his delight at the reaction of the Blues crowd and couldn’t help but make his love towards his former teammate known.