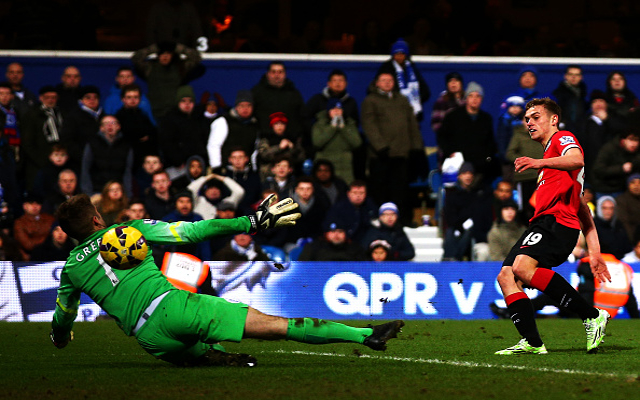 United will give forward a new contract at Old Trafford.

Manchester United are prepared to reward the good form of young striker James Wilson with a new, bumper four year deal that could see his wage packet quadruple.

The 19 year old will see his current £5,000 per week deal rise to around £20,000 according to the Daily Star after impressing both Louis van Gaal and United legend Ryan Giggs with his incredible improvements this season.

Giggs, incidentally, was the man to hand Wilson his debut when interim United boss last season.

The youngster has been afforded little opportunity to start this season, making just two appearances from kick off but nine from the bench in the Premier League.

The teenager also made two starts in United’s FA Cup campaign and came on as a sub in their Capital One Cup defeat to MK Dons.

Wilson netted his first goal of the season recently against Queens Park Rangers to add to his two senior goals last season when playing against Hull City.

The forward has been with United since the age of seven, coming through their famed academy season before joining the first team last year.