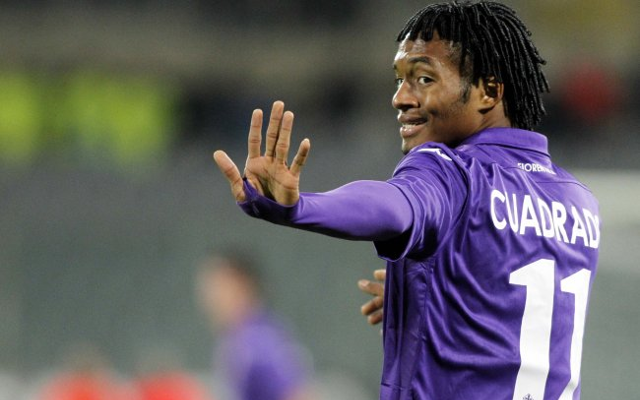 Chelsea are on the verge of signing Colombian winger Juan Cuadrado from Fiorentina.

The 26-year-old is set to move to Stamford Bridge for £23.8m before the transfer window slams shut.

Cuadrado current squad number at Fiorentina is 11 – his favourite.

However, that number is unavailable at Stamford Bridge, because it belongs to club legend Didier Drogba.

If Cuadrado does take 74, it will be the second highest squad number ever worn in the Premier League.

Manchester City’s Jose Angel Pozo, who wears 78, is the man to beat!