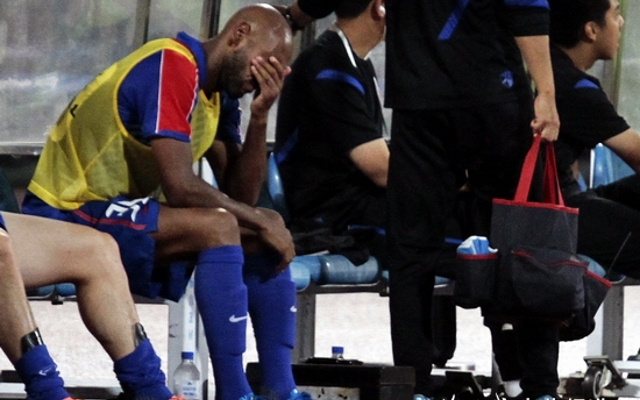 Premier League clubs have been offered Nicolas Anelka on a free transfer, according to the Metro.

However, apparently no one has taken up the offer to sign the Frenchman. His last stint in the English top flight ended abruptly when West Brom cancelled his contract following being found guilty of producing an anti-semitic gesture while celebrating a goal.

The 35-year-old last played for Mumbai Indians in the Indian Premier League, but is now looking for a new club following the end of his contract. However, it looks like that challenge will not be in the Premier League after the rejection from the top division sides. It is unlikely that a player of Anelka’s calibre will want to drop down to the Championship.

This could be a sad end for a player who has Champions League and European Championship winners’ medals, and has scored 157 competitive goals.