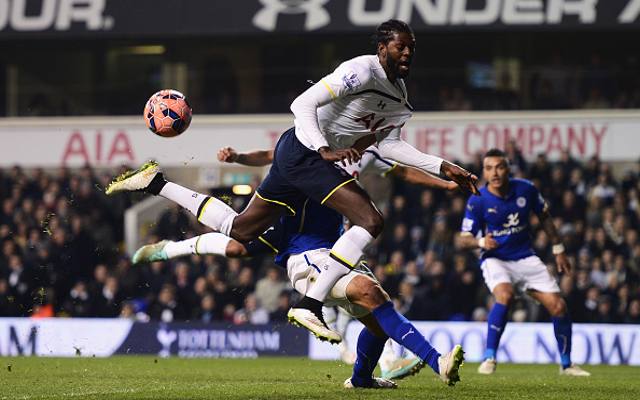 Perhaps unsurprisingly given his side’s over-dependence on Charlie Austin, Harry Redknapp has set his sights on signing a striker before the transfer window closes.

Sky Sports claims that QPR are looking at the possibility of bringing in Tottenham forward Emmanuel Adebayor, who is also the subject of PSG interest.

The 30 year old turned down moves away from White Hart Lane earlier in the month but may well be open to such a switch given he is clearly not a key part of Mauricio Pochettino’s plans.

The Togo international hasn’t stared a Premier League match since early November and the excellent form shown by youngster Harry Kane would suggest no recall is likely.

Austin has scored 13 of QPR’s 24 Premier League goals this term and it’s no coincidence that the 25 year old’s dry spell, two goals in his last seven appearances, have run parallel to the West London side’s slide back into the relegation zone.

Adebayor may well be the ideal short term option to help keep QPR in the top flight.