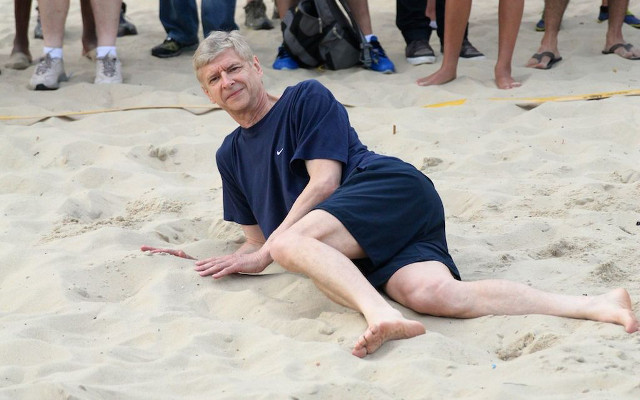 Arsenal manager Arsene Wenger believes that the Gunners can still challenge for the Premier League title, reports the Daily Star.

The Frenchman was elated after watching his team beat Aston Villa 5-0 on Sunday, and seems to be looking on the bright side as regards the North London club’s chances this season. Five separate goal scorers helped the Premier League side to the victory, and the 65-year-old now has an almost full squad to choose from following many injuries to his key players.

“We have to be realistic, but you never know,” Wenger said. “A few mistakes and the picture changes. What we want is to win every game. We can at the moment.”

He added, “Chelsea are 13 points ahead. It could be more by the end of the weekend and they need to lose five games while they have lost only two until now. What we want to do is focus on our performances and show that we can produce consistent results. That’s what we want to do

Arsenal are currently 11 points behind league leaders Chelsea, which is actually two less than the amount they were behind Manchester United in 1998 before lifting the title. However, it would be an amazing accomplishment to replicate this comeback in the current campaign.

The Gunners next play Tottenham in a local derby that will have a big impact in the race for the Champions League qualification places. Spurs are two points behind their fierce rivals in sixth place.