Liverpool attacking midfielder Raheem Sterling was in a joking mood on Sunday morning.

The 20-year-old was heavily criticised last year when he told England manager Roy Hodgson that he was feeling tired ahead of a Euro 2016 qualifier against Estonia.

While watching Sunday’s Australian Open tennis final between Novak Djokovic and Andy Murray, BBC and BT Sport pundit Robbie Savage seemed to have a go at Sterling in a tweet. 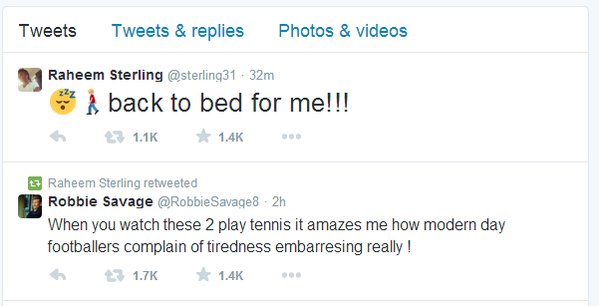