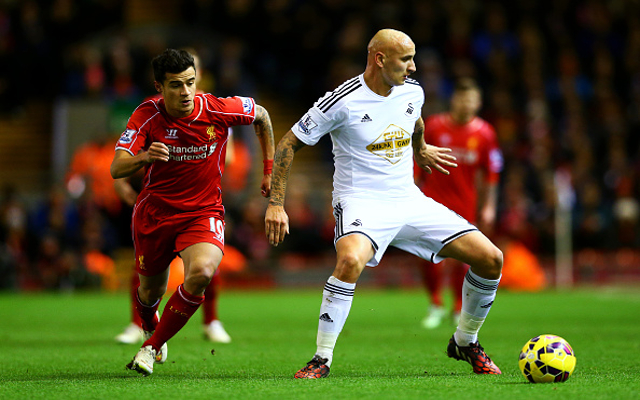 Ronald Koeman’s side don’t have long to come back…

Swansea City have gone a goal up with ten minutes to go away at Southampton.

Shortly after the great strike from Jonjo Shelvey Ryan Bertrand was sent off for what was a a fairly innocuous challenge on a Swans player.

Check out the goal below, was it the best of the day?