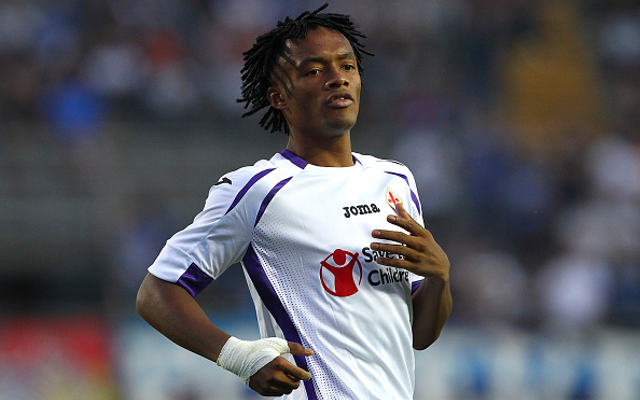 Chelsea’s bid to sign Juan Cuadrado from Fiorentina has hit something of a snag late on due to complications over his transfer fee, according to Inside Futbol.

Despite strong speculation that the Colombian international’s move to Stamford Bridge could be completed imminently, with pictures of him at the game against Manchester City yesterday and rumours of his unusual squad number choice, it looks as though Chelsea could face a struggle to get this one over the line.

It is claimed that Chelsea and Fiorentina disagree over who should pay a 5% solidarity fee to Cuadrado’s former clubs Udinese and Medellin, who are due compensation as the player played for them between the ages of 12 and 23, according to FIFA rules.

It may be that this niggle can be dealt with, but it signals that what looked like a done deal may not be as close to completion as thought.