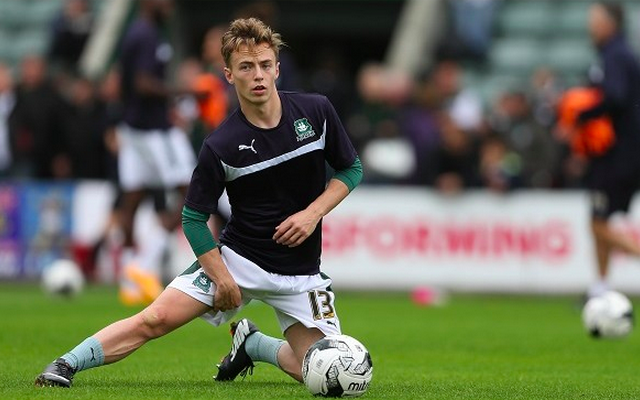 Is this really going to happen!?

Kellett spent the first half of this season on loan at League Two Plymouth. Could he really be set for Old Trafford, or did jolly Jim just suffer a slip of the tongue?

Who in the blue hell is Andy Kellett and why are we signing him?

I found an Andy Kellett. pic.twitter.com/LsZ8epvW5t

Andy Kellett is easily better than Evra and Dennis Irwin put together. Been watching him since he first kicked a ball aged 3. World Class

Andy Kellett…he’s no Hummels but is he better than Jones, Evans and Smalling? That is the question

Mistake or not, is it just me that thinks Andy Kellett is actually good enough for Man Utd!? He’s been great for @Only1Argyle #pafc #bwfc — Andrew (@I_rarely_tweet_) February 2, 2015

ANDY KELLETT, A HALF DECENT LEAGUE 2 WING BACK IS NOT SIGNING FOR @ManUtd OK

Da fuq is Jim White going on about? Andy Kellett to Man Utd?