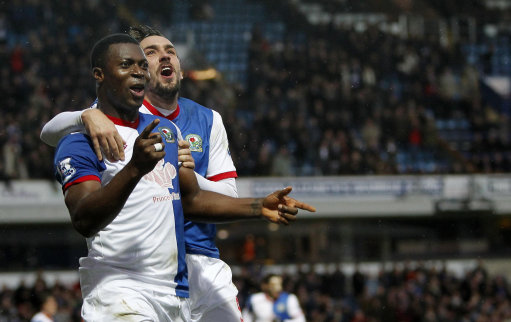 The Yak is back!

Yakubu Aiyegbeni has made a confirmed return to English football after joining Championship side Reading FC on loan until the end of the season from Chinese outfit Guangzhou R&F.

Yakubu created a storm on social media after speculation became rife that the experienced striker was returning to England, and it has now been confirmed by Reading that the Nigerian is now a Royal.

CONFIRMED: The Yak is a Royal! Full story here >>> http://t.co/IG22EsptDuhttps://t.co/Rgu50EsraP#DeadlineDay

The forward has played for a number of English clubs – Portsmouth, Middlesborough, Everton, Leicester City and Blackburn Rovers – and sits only behind Didier Drogba in the list of all-time highest African goalscorers in the Premier League, level with Emmanuel Adebayor.

The 32-year-old will be eligible to make his debut for Reading in the weekend’s league clash with Wolverhampton Wanderers.