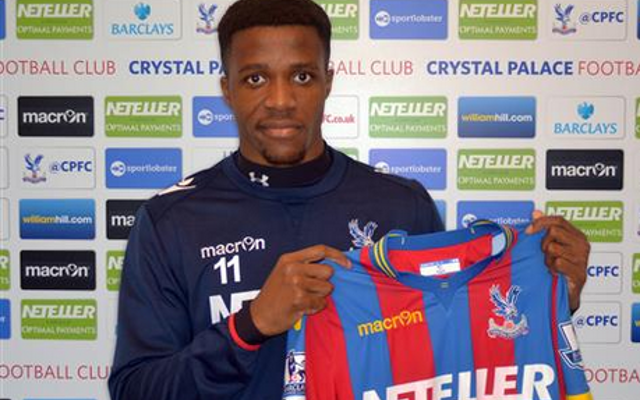 The winger has returned to Selhurst Park…

Crystal Palace have completed a deal to sign Man United Wilfried Zaha on a permanent deal after impressing his loan return at the South London outfit.

The 22-year-old has signed a five and a half year deal according to the Press Association, and they paid an undisclosed fee. The youngster originally moved to the Red Devils from the Eagles in 2013 for an initial fee of £10m which could have risen to £15m.

However the winger has found it difficult to make an impact at Old Trafford with neither Louis van Gaal and David Moyes willing to offer Zaha a meaningful first team role.

Wilfried Zaha has rejoined #CPFC from #MUFC on a permanent deal, signing a five-and-a-half-year deal for an undisclosed fee.