The Colombian has signed a four-and-a-half year deal.

Chelsea have completed the signing of Juan Cuadrado from Fiorentina on a four-and-a-half year deal and the Colombian has posed with a Blues shirt for the first time.

Cuadrado’s arrival at Stamford Bridge has triggered Andre Schurrle’s departure to Wolfsburg and the 27-year-old will arrive with great expectations having impressed for La Viola and Colombia in recent times. 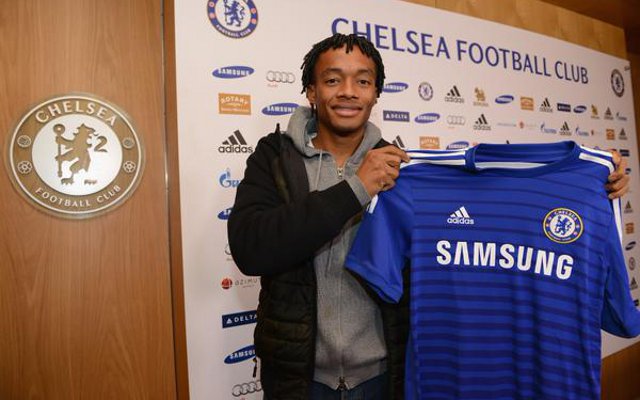