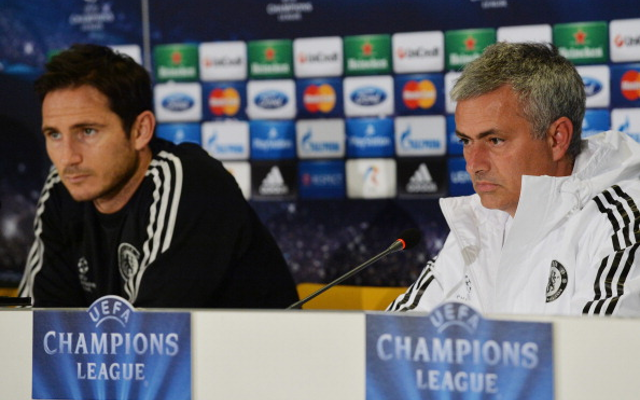 Blues legend on his relationship with Mourinho.

Frank Lampard admits he and his old manager Jose Mourinho have not been speaking as much since he left Chelsea for Manchester City in the summer, the Daily Mail reports.

The 36-year-old is on loan at City from MLS side New York City FC, and his surprise switch to the Etihad Stadium has been highly controversial this season.

Still, Lampard has played down talk that his relationship with Mourinho is bad, simply saying that it is the nature of the game that they haven’t spoken as much recently.

“I don’t want to try to say that there’s any issue at all,” he said.

“I got a text at Christmas, I texted him back. We spoke in the dressing room, ‘How’s the family?,’ the usual.

“We are grown men, you know what I mean? We are at different football clubs. I’m sure we are big enough that none of this is going to get in the way of our relationship and how we are personally.

“We remain close. This is football, it’s sport and I haven’t spoken to him that much recently.”