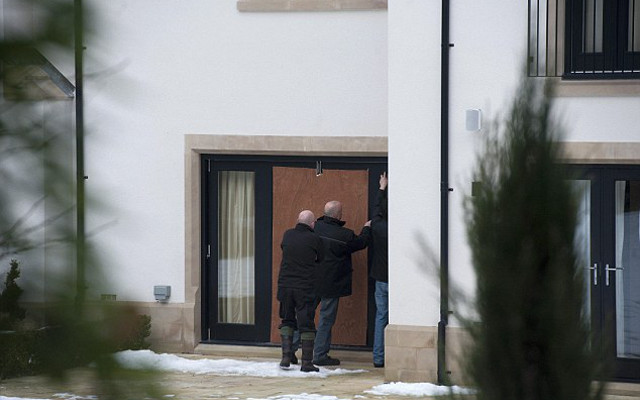 Photo shows patio windows which were smashed during scary incident…

Manchester United have employed security guards to protect Angel di Maria’s house following a break-in on Saturday night, according to the Daily Mail.

The former Real Madrid star was apparently shaken by an attempted robbery, which took place while he was watching television with his wife Jorgelina Cardoso and one-year-old daughter Mia.

Intruders used metal poles to break through patio doors at Di Maria’s Cheshire mansion, but they did not steal anything because they were forced to flee after an alarm went off.

As a consequence of the incident, which is being investigated by police, United have provided their £59.7m summer signing with 24-hour security.