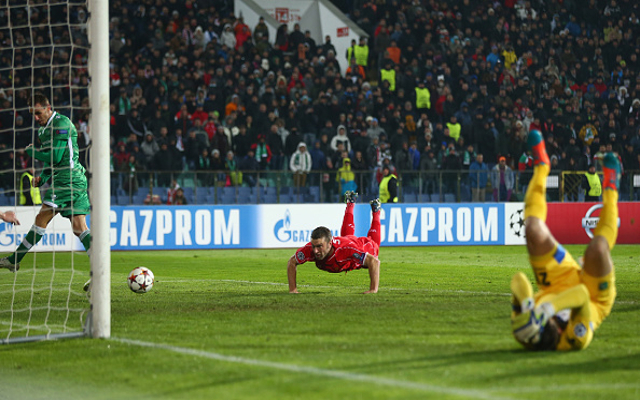 Stoke City boss Mark Hughes will look to tempt Rickie Lambert into making a deadline day move to the Britannia Stadium according to the Daily Express.

Hughes had set his sights on Tottenham forward Emmanuel Adebayor but a push to sign the Togo international appears to have floundered and as such the Welshman has now turned to 32 year old Liverpool star Lambert.

The former Southampton man has struggled since making a summer move to his hometown club, netting just twice in 17 Premier League appearances, and is not a first team regular and as such could be tempted by a move to Stoke City.

One imagines Brendan Rodgers wouldn’t consider selling Lambert unless he had a replacement lined up given the paucity of effective striking options in his Liverpool squad.

Mario Balotelli and Fabio Borini have offered little by way of an end product this term and Daniel Sturridge has only just returned to the side after a lengthy lay-off and as such Liverpool may not feel they can simply accept an offer for Lambert on deadline day without an adequate option to replace the veteran.