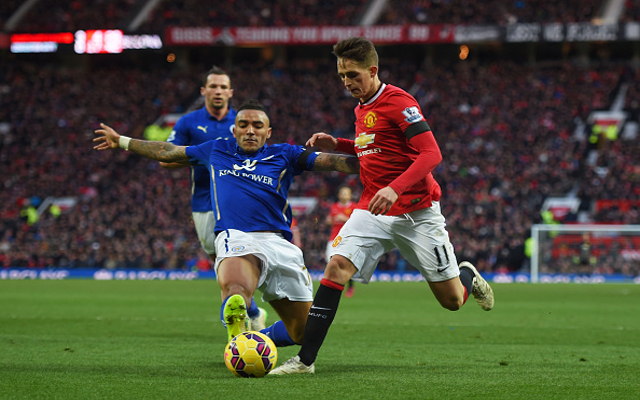 Dutchman reveals why Belgian starlet has been snubbed this season.

Manchester United manager Louis van Gaal has told Adnan Januzaj that he must improve his performances in training if he hopes to make his starting lineup, the Daily Mail reports.

The Belgian international was handed a rare start against Leicester City this weekend, but has generally failed to show the same spark that saw him become regarded as one of the best young players in Europe last season.

Van Gaal has denied having any issue with the 19-year-old, and simply says that he picks his players based on merit after assessing how they are performing in training.

“He has a lot of talent but you have to perform that talent in the matches and also in the training sessions,” the Dutchman explained.

“I observe and I communicate with my players what I want every day. At the moment I think ‘okay, he is now ready to play’ then maybe I can let them play.

“I have to compare Januzaj with Juan Mata and now I choose Januzaj. I’m looking every week and every day the players have to show it. I’ve said this to the players, to Falcao, Mata and Januzaj.”