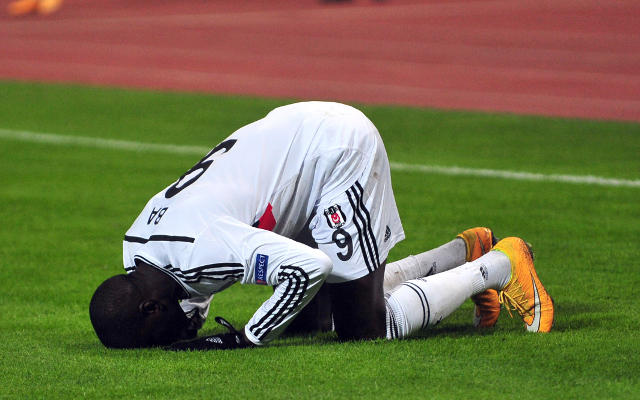 They don’t get much jammier than this.

Besiktas striker Demba Ba scored one of the luckiest goals you are ever likely to see during his side’s 2-1 victory over Mersin Idmanyurdu in the Turkish Super Lig on Sunday.

The former Chelsea and Newcastle United star was in on goal, but saw his effort saved by the ‘keeper. However, the rebound ricocheted off the falling Ba at just the right angle to then lob into the net.