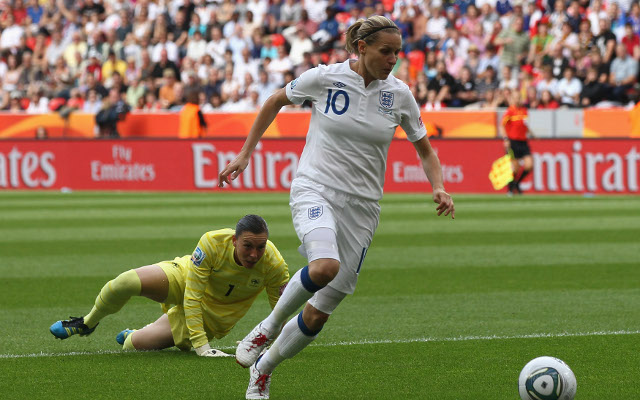 Arsenal and England striker Kelly Smith has ended her international career after winning 146 caps and scoring a record 46 goals in an England career of almost 20 years.

Smith made her England debut in 1995 and went on to compete in two World Cups and three European Championships, along with appearing in Team GB at the London 2012 Olympics.

“Playing for England has been such an important part of my life for so long, but I feel now is the right time for me to retire,” Smith told the BBC.

“I’m at a different stage in my life now, I am focusing on coaching and working my way up to get my licences and stay involved in football that way, along with playing for Arsenal.

England head-coach, Mark Sampson, believes “Kelly will be remembered as one of the iconic players in the history of the women’s international game.”