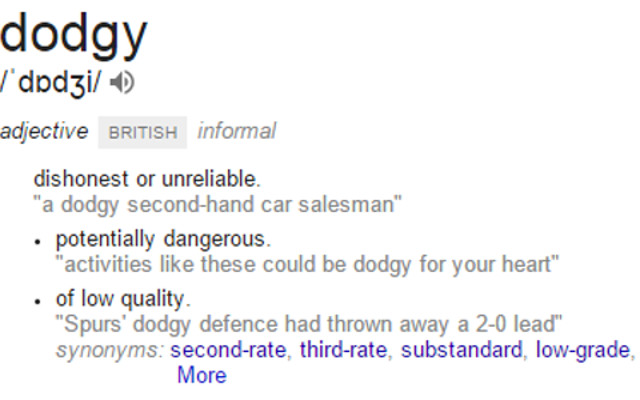 Google have once again laid in to the Tottenham defence, this time for using the north London side as the very definition of ‘dodgy’.

This is the second time that the search engine has criticised the Spurs back line.

Google previously used Tottenham’s defence within their definition of the term lackadaisical.

Though Google have claimed that they have no control over the dictionary terms it wouldn’t surprise us if an Arsenal supporting employee was to blame.