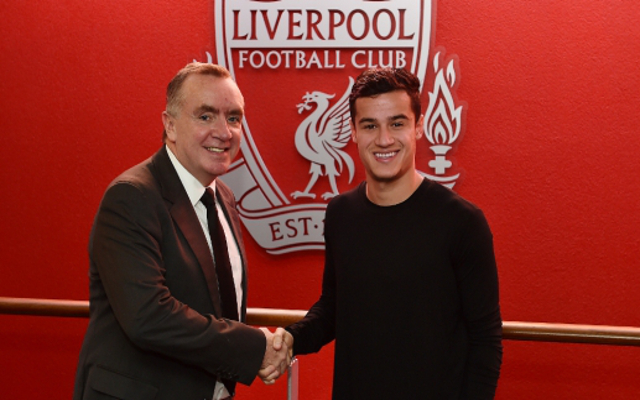 Liverpool’s official website has confirmed that Brazilian playmaker Philippe Coutinho has penned a new long term contract with the Anfield side.

The 22 year old has been in fine form of late, most recently providing the two assists in Liverpool’s win over West Ham last weekend, and his decision to commit to the Merseyside outfit is sure to plea the club’s fan-base.

“This club is great and the fans have always supported me, so I’ve been eager to sign this new deal since conversations started. Today is a very happy day.” exclaimed Coutinho.

He added: “It means so much. This club has given me the opportunity to play and believed in me even though I hadn’t been playing regularly at my previous club.

“I’ve had a great reception since my first day here. As I always say, Liverpool is a big family and I’m a happy person here.”

Coutinho has made 81 appearances for Liverpool, netting ten goals, since moving to the Premier League side in an £8.5m deal from Inter Milan two years ago.

The Liverpool star’s new deal is believed to run until 2020 according to the Guardian.