Ghana made their way into the AFCON 2015 final on Thursday night with a 3-0 victory over Equatorial Guinea, but the night was overshadowed by scenes of violence in the crowd.

The plucky hosts have won many admirers on their way to the latter stages of the tournament, thanks largely to their vociferous supports – but it was those same fans that caused the majority of the problems as the game wore on.

With just under 10 minutes remaining the game had to be halted as Ghana’s fans came under fire with bottles and debris. The Equatorial Guinea fans then turned their vitriol on their own players when they went over to try and calm things down.

A police helicopter was flown in to restore order, and referee Eric Castane was forced to add on extra time to make up for a stoppage that ruined what should have been a momentous occasion for the country. 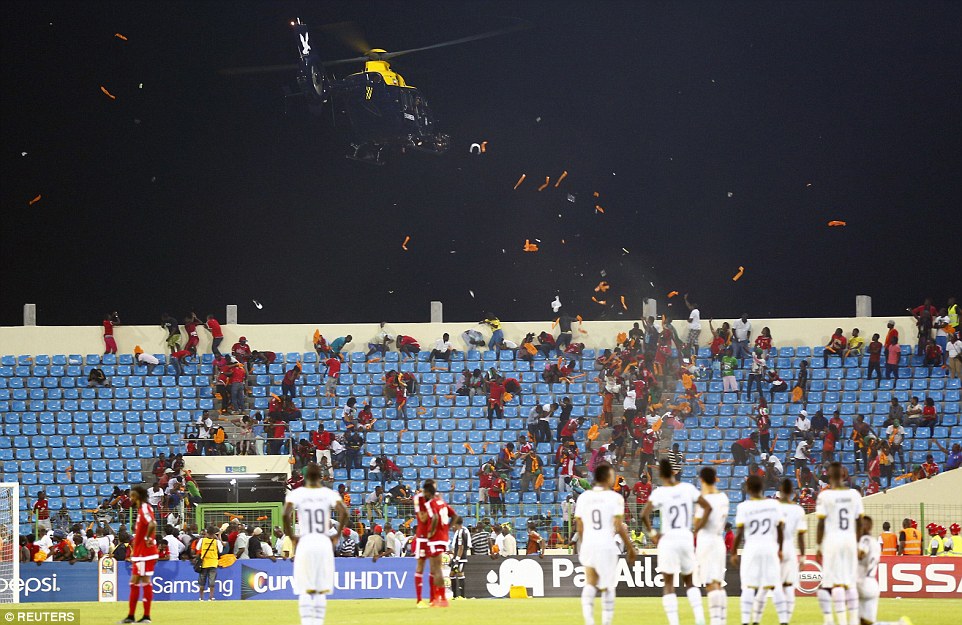 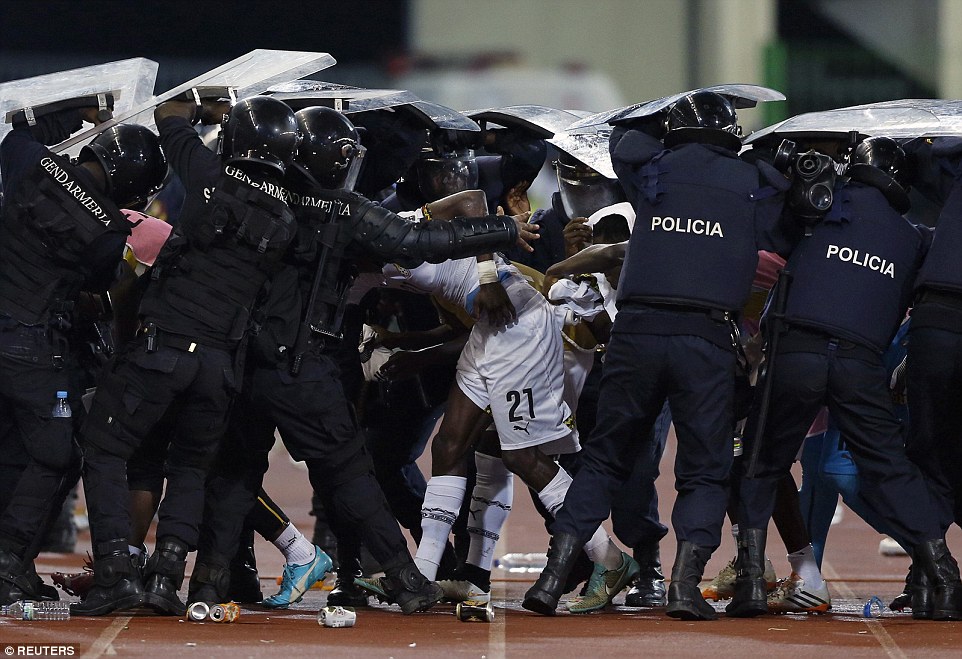 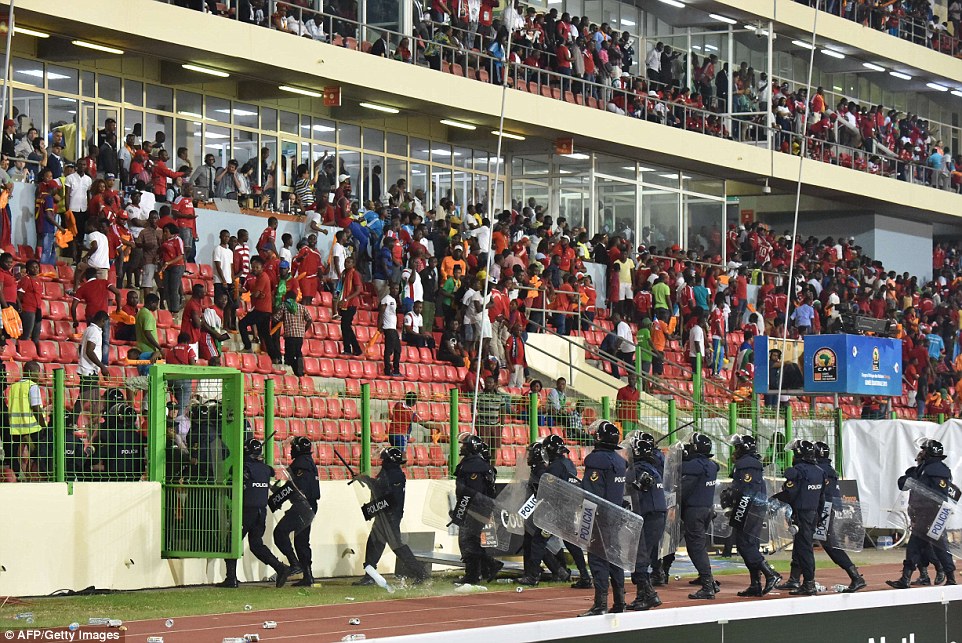 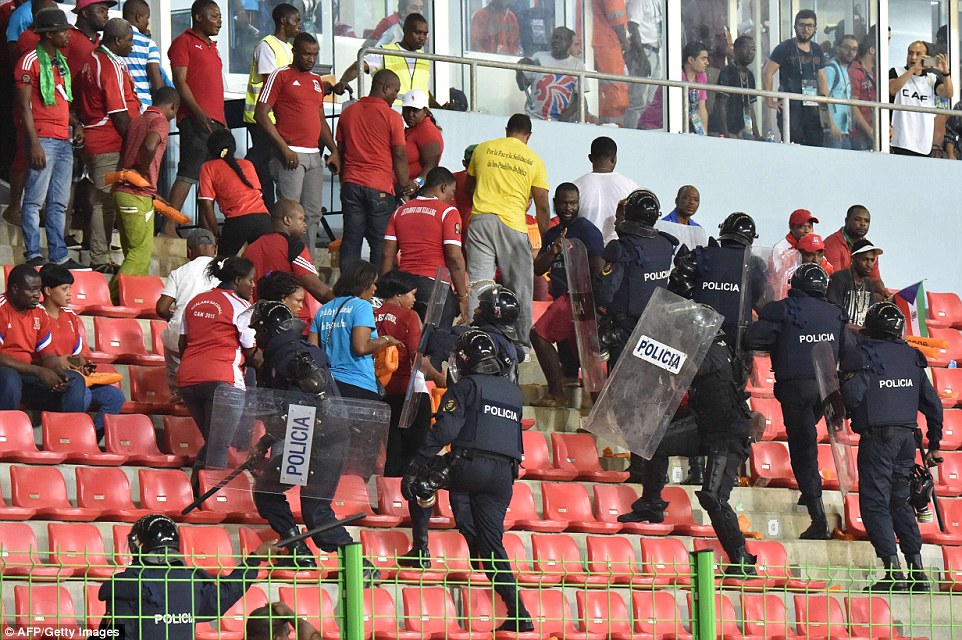 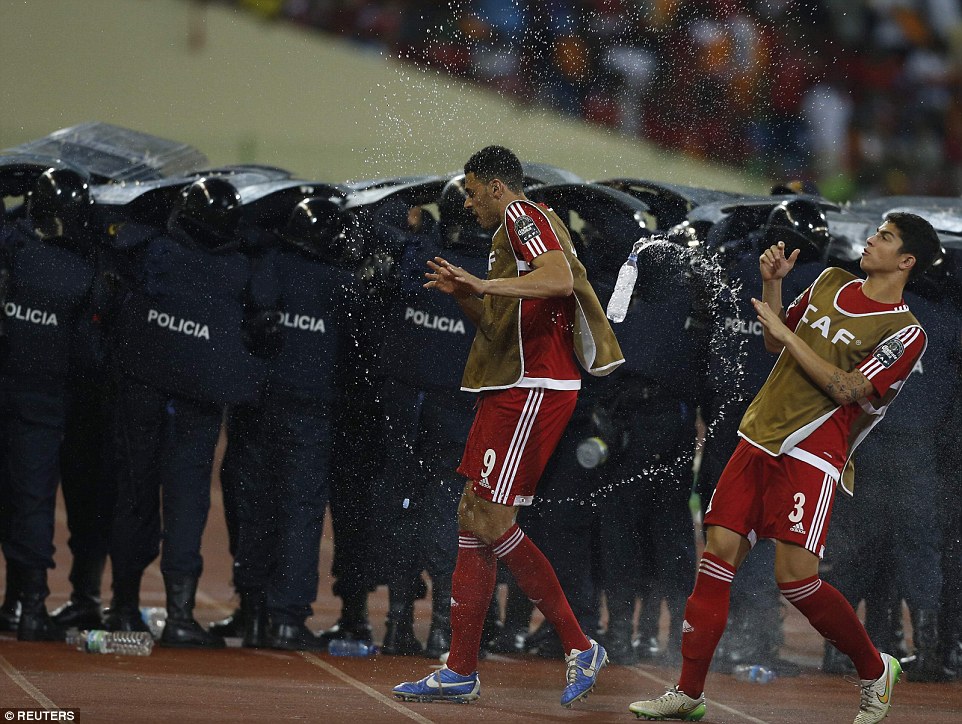 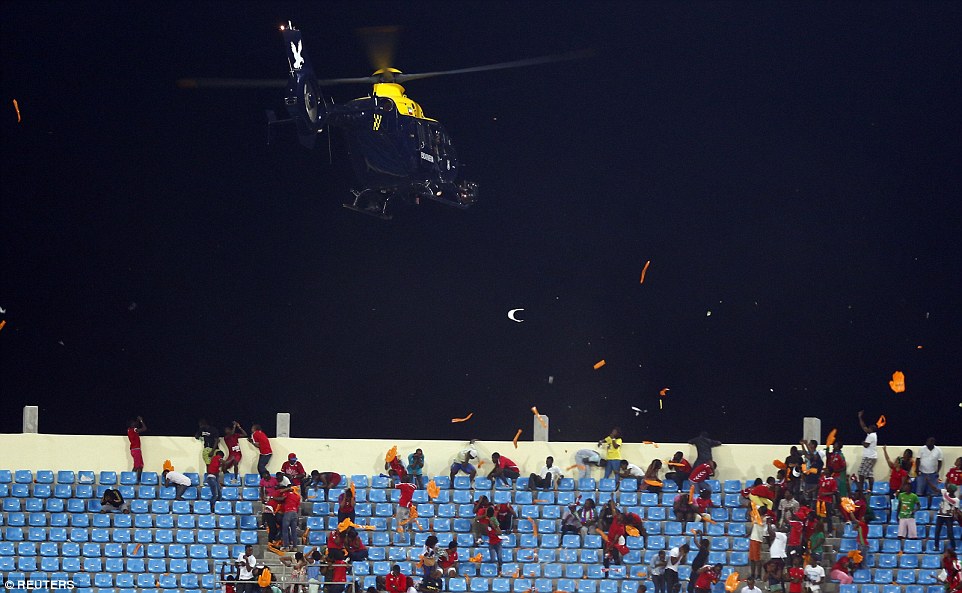