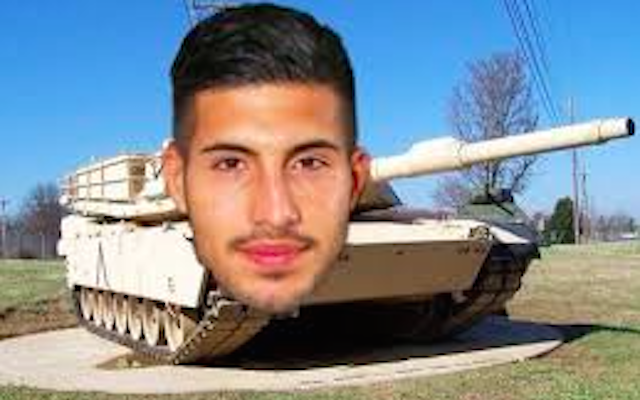 Can’s the man who can…

Twitter has reacted with almost universal praise for the incredible display Liverpool ace Emre Can showed in the FA Cup replay.

The Reds may have managed to get to the FA Cup fifth round after their victory over Bolton Wanderers in their FA Cup replay, but it seemed all the headlines were reserved for just one man: Can.

Whilst the young German started in defence he came into his element further up the field as the Merseysiders searched for goals and it was his persistence that allowed Liverpool to turn around their one goal deficit.

Despite the goals of Raheem Sterling and Coutinho, Can was the name on everyone’s lips.

See what fans had to say below:

Emre Can is a Rolls Royce. What a player he is and he will be even better once he moves into midfield. Unbelievable that he’s only 21!

Was that Emre Can or Xavi with that pass to Sterling? Delightful! Glad he can show up his creative side as well, doesn’t happen as a CB.

“His name is literally Emre CAN, as in ‘can make that pass.'” — Gold medal comms.

I’ve seen the future and it’s Emre Can #lfc

Never used to rate Emre Can but then I saw that Vine of him running in a straight line during pre season.