Milito’s prank on Campi reveals the excellent relationship among the players – and has set social media alight in Argentina.

Racing are enjoying an excellent moment in their history. Their form has been the best in the league for some time, and the club earned its rewards when they became champions of Argentina just before Christmas.

During the pre-season players decide to spend their free time in many different ways… At Racing the players play pranks on each other.

In the video below you see the classic ‘spoon in the mouth’ joke played by Racing’s star striker Diego Milito on his teammate Gaston Campi:

Milito returned to Racing Club in 2014 after playing with Genoa, Zaragoza, and Inter Milan. When he went back he immediately became the star in the side that gave him his first chance in the first division, and ‘El Principe’ was one of the team’s most important players in helping to win Racing their first title in more than a decade. 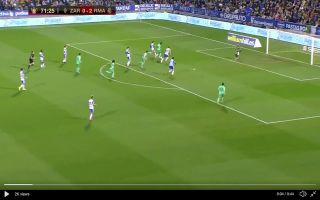