These battles could determine just who has the bragging rights…

Arsenal and Tottenham Hotspur go head to head this weekend in another North London Derby with the added spice that the winner will definitely finish the match ahead of their rivals.

The Gunners currently sit fourth whilst Spurs are just two points behind their hated rivals – both will see this as an opportunity to get a leg up in the race for Champions League qualification.

This will be Arsene Wenger’s 45th derby, having only lost six during his time as boss and although this is just Mauricio Pochettino’s second, his side did manage to snatch a draw at the Emirates Stadium earlier this season.

Both will want the win to gain the derby bragging rights for this season but which side will come out on top? CaughtOffside takes a look at five key battles that could decide this fiesty affair. 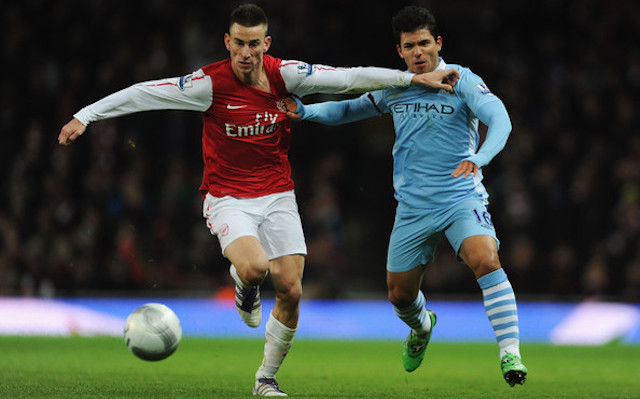 Hot off keeping Sergio Aguero tucked in his pocket, Laurent Koscielny will have to fare against the most prolific goalscorer in the league at White Hart Lane this weekend.

Whilst the Frenchman has struggled with injury this season he’s looked typically composed whenever in the side but he will be up against the 20 goal forward who has already decimated the previously robust defence of Jose Mourinho’s Chelsea.