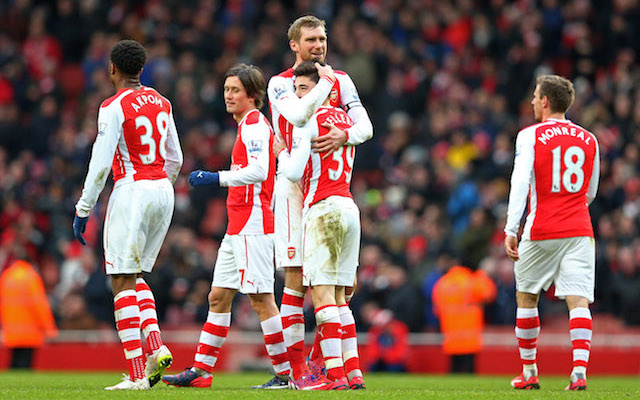 Teenager expected to be rewarded for incredible development this season…

According to Spanish journalist Kike Marin, the 19-year-old shouldn’t be far away from improving and extending his contract with the Gunners after his impressive ascent to the first team.

@Arsenal I think Bellerín not take long to renew his contract with #Arsenal. Before going to the sub 21 Spanish even… Is the future!

The Spaniard was promoted to the first XI by Arsene Wenger this season more out of necessity than choice, with both Laurent Koscielny and Mathieu Debuchy suffering a number of serious injuries.

And whilst it was a difficult first few games for the teenager, he has since developed into a highly competent and promising right-back, scoring with aplomb last weekend against Aston Villa to cap off a stellar few weeks.

As Marin says, it would point to significant confidence from the club in the youngster’s potential to give him a long term contract before the age of 21.

Bellerin is expected to remain in the Arsenal starting XI when they visit White Hart Lane this weekend for the North London Derby.