Liverpool legend to keep to keep iconic number in America.

MLS giants LA Galaxy have confirmed that Steven Gerrard will continue wearing his famous number 8 shirt when he links up with them at the end of the current Premier League season, the Daily Mail reports.

Gerrard first wore the number 17 shirt when he broke into the Liverpool first team as a youngster, but has since become famous for wearing the number 8 for over a decade now.

Gerrard should be available to make his debut against California rivals San Jose Earthquakes on July 17, and the club have released a teaser image of the shirt the former England man will wear.

The maximum price Liverpool charge for a shirt with Gerrard’s name and number on the back is set at just £42, making the difference in price a stark contrast. 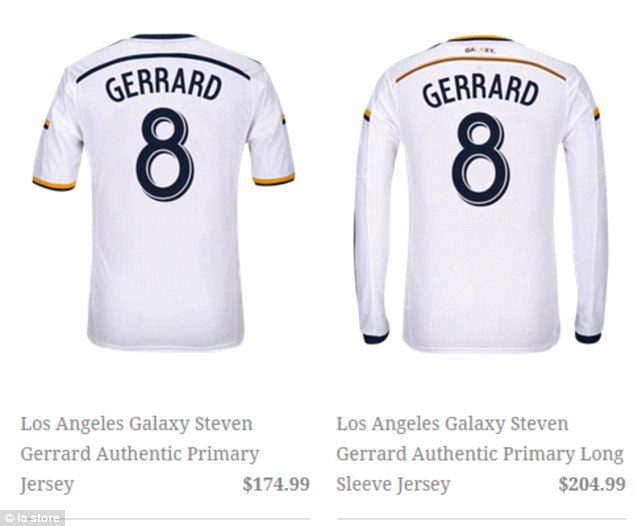