Real Madrid megastar James Rodriguez underwent a successful surgery on a broken foot earlier this week after he shattered his fifth metatarsal.

The classy Colombian playmaker opened the scoring against Sevilla last week, but was brought off towards the end of the first half to have his foot examined.

The 23-year-old travelled to hospital in Murcia for the surgery and was pictured for the first time since the injury on Thursday night when he left to return home.

Donning a pair of dark glasses, the moody looking star was accompanied by his entourage as he left. 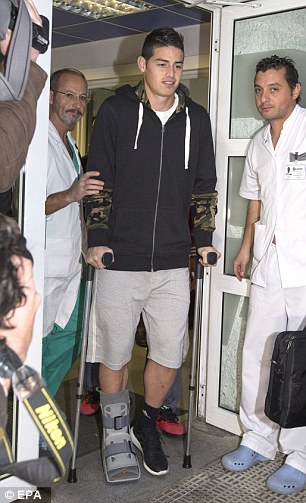 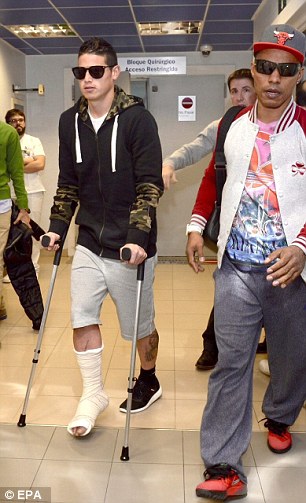