Crucial derby clash at the top of La Liga could have serious repercussions on the Spanish title race.

Whilst Real have won 17 of their last 18 matches in La Liga, Atletico have failed to win just once in their last 31 league matches at the Vicente Claderon.

And Real have failed to beat their fierce rivals in the last five Madrid derbies, losing in the reverse fixture in February before being knocked out of the Copa del Rey last month.

It’s set to be a quite titanic bout and here are five battles that could prove decisive. 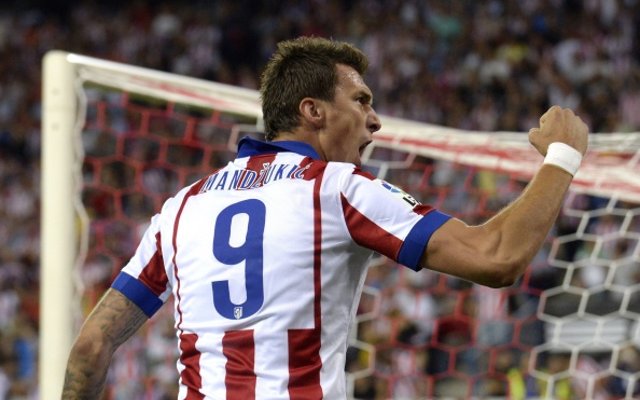 With Ramos out injured for an extended period, the spotlight now turns to Varane to step up in his stead.

The Frenchman has been almost a constant in the Real backline this season but will have to be at his intelligent best to handle the power of Mandzukic.

Whilst Varane excells with defending in the air, he’ll come against a whole other kind of beast in the big Croat with around a third of his goals in La Liga so far scored with his head.