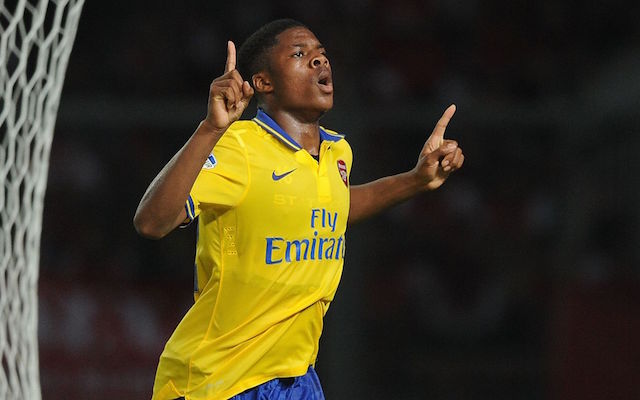 Young Arsenal striker Chuba Akpom has revealed his delight at signing a new contract with Arsenal which will keep him at the club until 2019.

There were concerns the 19 year old would leave the club at the end of the season when his contract would have expired as a number of European and Premier League clubs were interested in his signature and he was refusing to commit to a new deal.

However, it seems the teenager has been convinced to stay at the Emirates and tweeted his delight at committing himself to the Gunners for four-and-a-half more years.

Delighted to have signed a new deal with @Arsenal. Lots of hard work to come but very excited about the future #AFC pic.twitter.com/2oIjCMvP93

Akpom is highly regarded by the Gunners and seen as the future of their forward line, with the BBC reporting that Arsene Wenger decided to let Lukas Podolski, Yaya Sanogo and Joel Campbell all leave on loan in January to afford the youngster more game time to develop.

Before committing his future to north London, a quite extraordinary number of clubs were said to be interested in acquiring Akpom including: Borussia Dortmund, Red Bull Salzburg, Feyenoord, FC Twente, Liverpool, Tottenham, Everton and Manchester City.