Five targets for United to consider if Di Maria leaves for PSG.

With the news that Paris Saint-Germain are lining up a surprise summer bid to sign unhappy Manchester United star Angel di Maria, here’s a look at five possible replacements the Red Devils could target if the Argentine does leave.

The former Real Madrid winger is their record signing, and would no doubt bring in a big transfer fee if he does quit Old Trafford, which could allow the club to bring in some top quality signings in his place.

Read on to see five contenders to replace the PSG target at United: 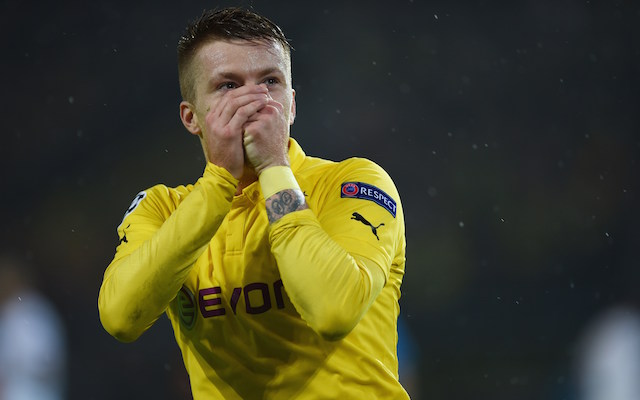 One of the most in-demand players in Europe at the moment, Borussia Dortmund star Marco Reus is likely to be available for just £20m in the summer and would be a superb replacement for di Maria.