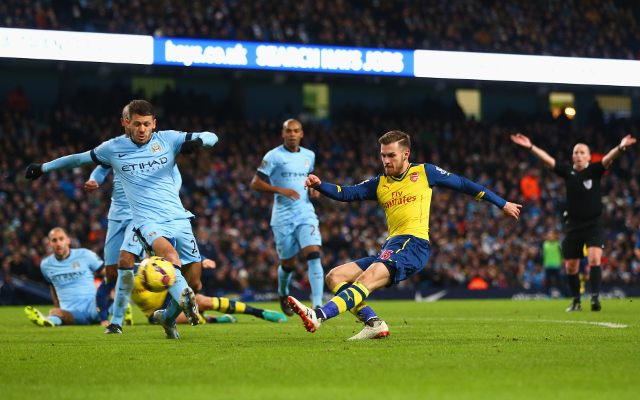 Arsenal midfielder Aaron Ramsey has hailed his side’s performance to win 2-0 away at Manchester City in January, hinting that it is a statement about their Premier League title credentials this season.

The Welshman admits the team approached that game differently, and feels the result showed what the Gunners can do in the second half of the season.

“We’ve been guilty of being a bit too open in the past against the bigger teams,” Ramsey was quoted by the Sun.

“We were having a lot more possession and attacking on every occasion. That left us vulnerable to the counter-attack. We were conceding quite a few goals. This time we stayed very defensively stable.

“It was important to stay solid, stay compact, frustrate them, stop them playing through the lines, which we did really well. We frustrated them and we got them on the counter-attack. It was a very complete performance.

“It was a massive statement from us.”