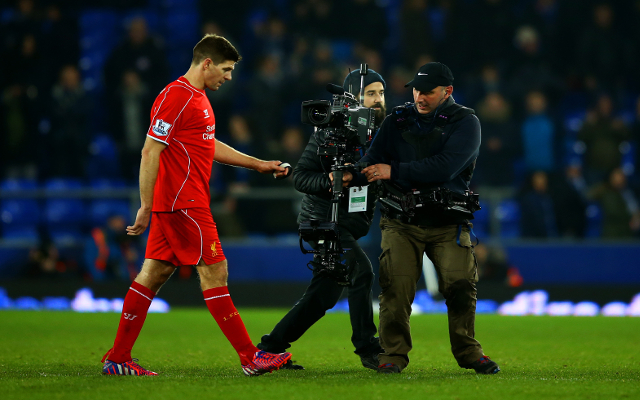 There was no repeat of the six goal thriller of last season as Liverpool and Everton fought out a somewhat entertaining 0-0 draw.

SEE ALSO:
(Video) Female Everton Fan Tries To Put Off Liverpool Skipper Steven Gerrard Prior to Free-Kick, Is This A New Low?
The Premier League’s Ten Most Influential Veterans, Including Liverpool’s Steven Gerrard & Chelsea Pair
Everton Vs Liverpool: Steven Gerrard Enjoys the Hatred and Bitterness Of The Merseyside Derby

Roberto Martinez’s side seemed to want not to lose rather than going all out for the win after some recent poor results.

And Liverpool couldn’t break them down, their comeback win against Bolton Wanderers in midweek seemingly leaving their legs heavy as they struggled to compete in the second half.

Hardly a save to make in the ninety but was there when he needed to be for Everton’s few, rare forays into the Liverpool box.

Showed that galavanting style that inspired Liverpool’s comeback in the second half in midweek and was comfortable and impressive against the muscular Lukaku, keeping the Belgian well out of the game.