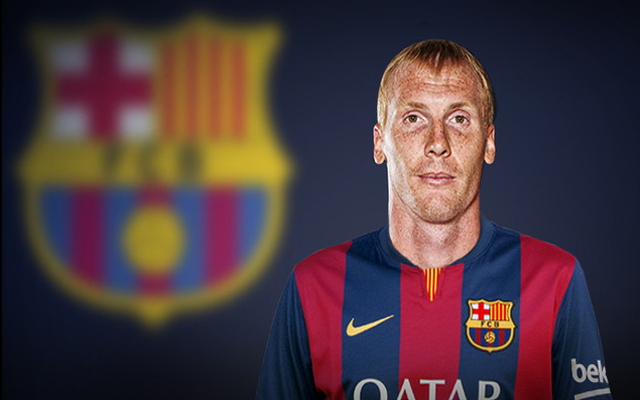 Manchester United could be set to make a move for a second Barcelona full-back this summer in the shape of Jeremy Mathieu, according to the Daily Express.

United are already being heavily linked with a move for soon to be free agent Dani Alves (Daily Express), but could spring a bid for the Frenchman too after he fell out of favour at the Nou Camp.

Mathieu is credited with being the one to lift the lid on the recent tensions between Lionel Messi and the Catalan club, and they are now keen to ship him out as a result…

“It happened when we returned from our holidays. All of a sudden Leo lost his composure in training after being on the receiving end of a foul that wasn’t called,” he explained.

“The situation got pretty tense and a few harsh words were exchanged.”

He has since apologised for opening up in such a public way, but Barca are still thought to be willing to allow him to leave.

United have been credited as the frontrunners to land his signature, but may have to compete with French giants Paris Saint Germain to bring him to the Northwest.

Mathieu is comfortable at left-back and centre-back, and has done largely well since his 2014 summer move from Barcelona’s Spanish rivals Valencia.