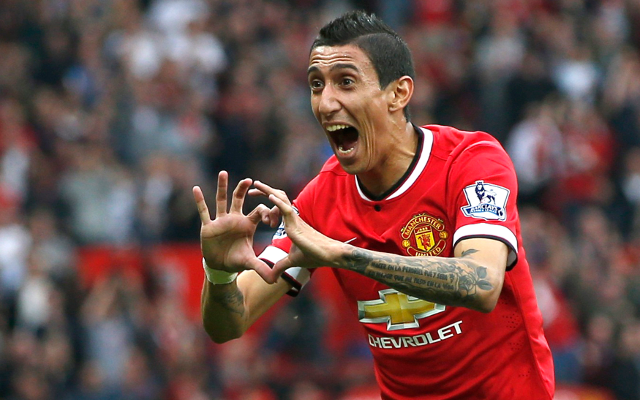 French giants ready to go all out for United star.

Paris Saint-Germain are reportedly ready to sell both Edinson Cavani and Ezequiel Lavezzi as they plan to move for Manchester United winger Angel di Maria in the summer, according to the Daily Star.

The French giants tried to sign the Argentine star when he was still at Real Madrid, but could not complete the deal due to Financial Fair Play restrictions.

Cavani and Lavezzi have both been strongly linked with Premier League sides Arsenal and Liverpool in recent times, and could make way as PSG plan an overhaul of their attacking options.

Di Maria himself has admitted previously that he’d hoped to make the move to the Parc des Princes prior to joining United.